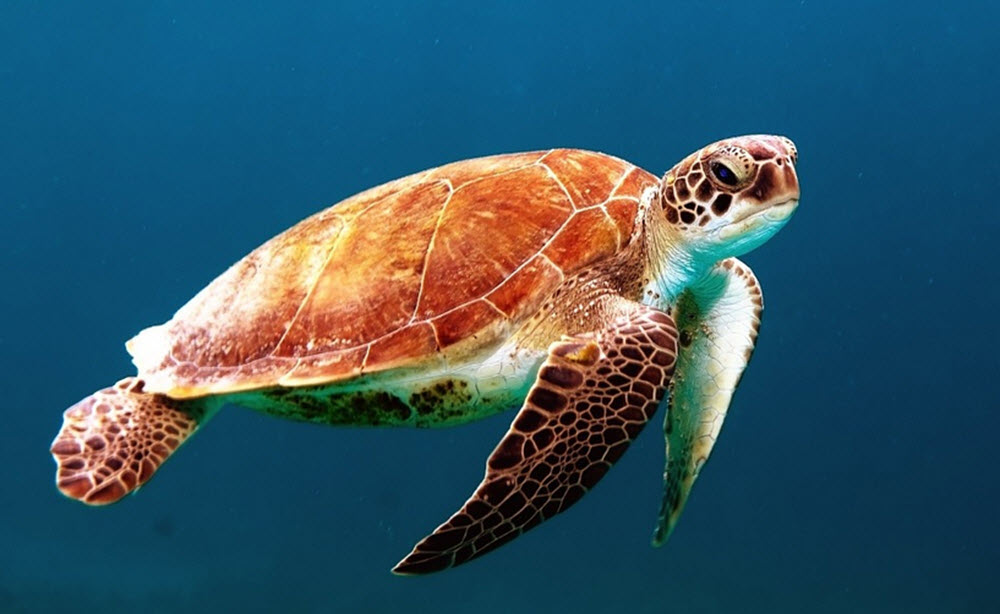 Sea turtles live in almost every ocean throughout the world. They nest and lay their eggs on tropical and subtropical beaches.  Some species are known sometimes to enter mangrove forests to lay their eggs there, where they are better protected. They migrate long distances to feed, often crossing entire oceans. These ancient creatures have been on Earth for more than 100 million years, surviving the dinosaurs when they became extinct 65 million years ago. Sea turtles are a a group of reptiles found in all oceans of the world except in the polar area.

Out of 7 known species of sea turtles, 6 are critically endangered. The main factors that decrease the number of sea turtles are poaching, loss of nesting or feeding areas, accidental catch, ocean pollution and weather changes or in other words, global warming.

Among other threats these marine reptiles face: entanglement, habitat loss, and consumption of their eggs and meat.

There are some positive developments to report.  The number of nests reported on some beaches has skyrocketed in later years due to protection efforts taken about 10-15 years ago. More and more beach communities learn that they can earn more money by protecting their turtles than they can by harvesting their eggs and the adult turtles for meat.

These reptiles spend their entire lives at sea, except when adult females come ashore to lay eggs several times per season every two to five years.

It is estimated that only one hatchling in a thousand will make it to adulthood. Whether it’s the treacherous journey from nest to ocean or the predatory dangers of the open sea, it’s a cruel world for these youngsters.

During incubation, sex is determined by the temperature of the surrounding environment. Warm temperatures produce more female hatchlings, whereas cooler temps result in males.

From leatherbacks to loggerheads, six of the seven sea turtles are threatened or endangered at the hands of humans. Sadly, the fact is that they face many dangers as they travel the seas including accidental capture and entanglement in fishing gear, the loss of nesting and feeding sites to coastal development, poaching, and ocean pollution, including plastic.