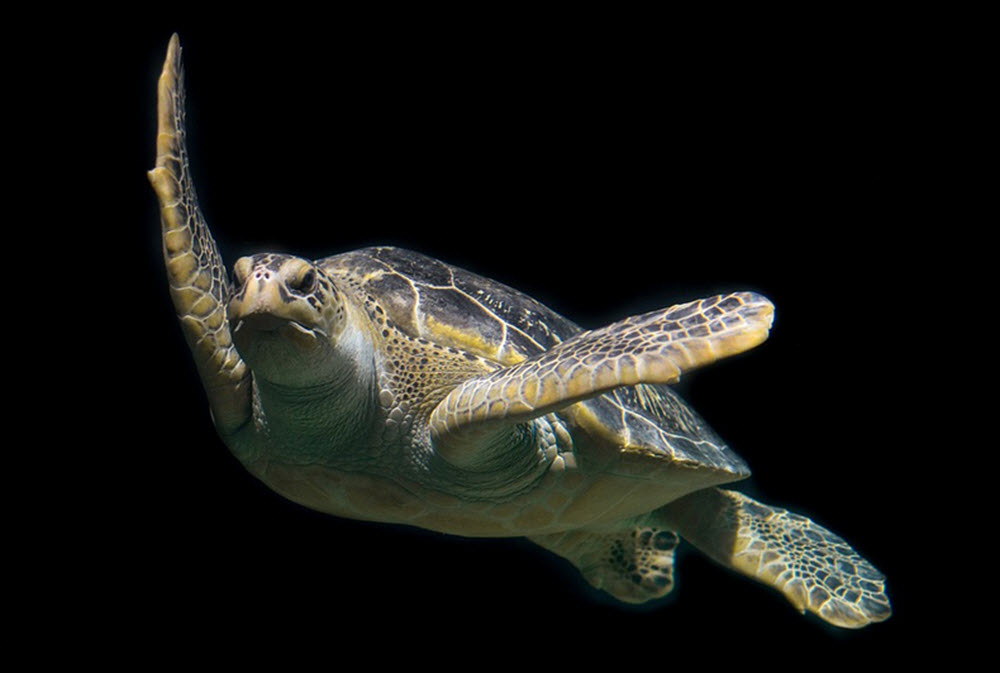 Their largest nesting populations are found in Costa Rica and Australia. Green sea turtles spend most of their life under the surface.  They are designed to be able to stay under the surface for several hours before coming up and taking a breath.

If they are actively feeding or moving around then they need to surface every 3 to 5 minute.  They need to rest to be able to stay below the surface for hours at a time.  This is because they are able to limit the amount of oxygen they use when resting.  They take in oxygen and can hold their breath for some hours inside colder water habitat with their heart beating at interval of nine minutes.

The green sea turtle is one of the oldest creatures that have lived more than 100 million years and is seen as the biggest among the hard shell sea turtle because of the size, which is 1.5meters (5ft) long and weighing more than 300kg (690lb).

They can simply be differentiated from other sea turtles by having a single pair of prefrontal scales (scales in front of their eyes), compared to the rest of other turtles that have the scales on both pairs of the eye.

Though it has not been generally accepted that the green sea turtle are of two kinds, however, it can be considered as two subspecies, which are:

The Atlantic green turtle is found all over the Atlantic Ocean while the cousin relations of the green turtle are found in the India Ocean, Black seas, Mediterranean, and the Pacific Ocean habitats.

The green sea turtle, also known as the green turtle, black turtle or Pacific green turtle, is a large sea turtle of the family Cheloniidae. It is the only species in the genus Chelonia

With a shell length of 3.5 feet and weighing upward of 400 pounds, green sea turtles are second in size only to the behemoth leatherback sea turtle.

The green sea turtle is named so due to their green shell. Their shell is streamlined to allowed them to glide to the water with ease.

The female among this reptile get sexually matured when they get to between 25 to 50 years old. Within 2 – 4years the female green turtle, particularly in the night, crawl back to their natal beaches for nesting. Their eggs are more or less circular, and could lay up to or even more than 100 eggs at once.

Then after about two months approximately, the eggs hatch and the baby turtle crawl down into the sea and spend what is known as “a lost year”, meaning they will spend one year “floating” at sea. 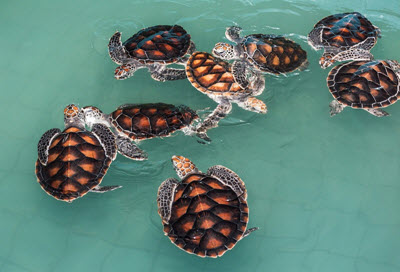