Unfortunately, human activities and environmental changes have caused the worldwide sea turtle populations to reduce drastically in the past few decades. Nearly all species of sea turtle are classified as Endangered.

Slaughtered for their eggs, meat, skin and shells, sea turtles suffer from poaching and over exploitation. They also face habitat destruction and accidental capture in fishing gear. Climate change has had a significant impact on turtle nesting sites as well, commonly know as global warming.

Sea turtles are some of the world’s oldest creatures and have been around for more than a hundred million years. They can be found in all warm and temperate waters around the globe, and spend most of their lives in the water.

Only the female sea turtles spend some time on the land. They come back to the beaches where they were born to lay their eggs in a nest in the sand. After that, they return directly to the ocean and leave the eggs to hatch.

During one nesting season, sea turtles can lay eggs in two to eight nests, and each of the “clutches” or turtle beds contains an average of over a hundred eggs.

Sea turtles often migrate over thousand of miles between feeding, and nesting grounds; and are great swimmers that can stay underwater for up to five hours without breathing. They travel a long way to create life, so it’s important that we take care of the coastal regions natural habitat.

What can you do to help sea turtles?

There are many different ways to protect sea turtles, and not all projects work in the same manner. Depending on what you are looking for determines what level of time you can devote. Many organizations need volunteers and just your spare time. There are a lot of online resources that list organizations in your costal areas; the process is easy just pick a preservation group, click, and devote your time. 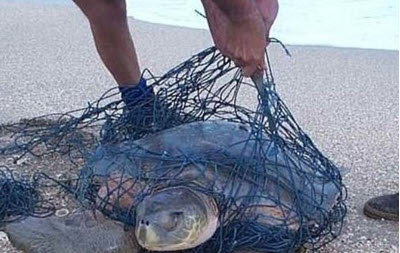 Social projects all over the world have taken on this problem and work towards the protection of the rare sea turtle species. If you have always been a fan of these ancient animals and want to support the efforts of projects worldwide to protect sea turtles, then you have come to the right place. The following text will give you important information about the different sea turtle species and their habitats, the threats they are facing and the ways you can help to save them while volunteering abroad.

Legal Protection for Sea Turtles, or in other terms, The Endangered Species Act, 1973 (ESA), currently provides legal protection for turtles under the law.

The Endangered Species Act of 1973 (ESA) is administered by the U.S. Departments of Interior and Commerce. It seeks to stop the extinction of wild animals and plants in the United States, other nations, and at sea.